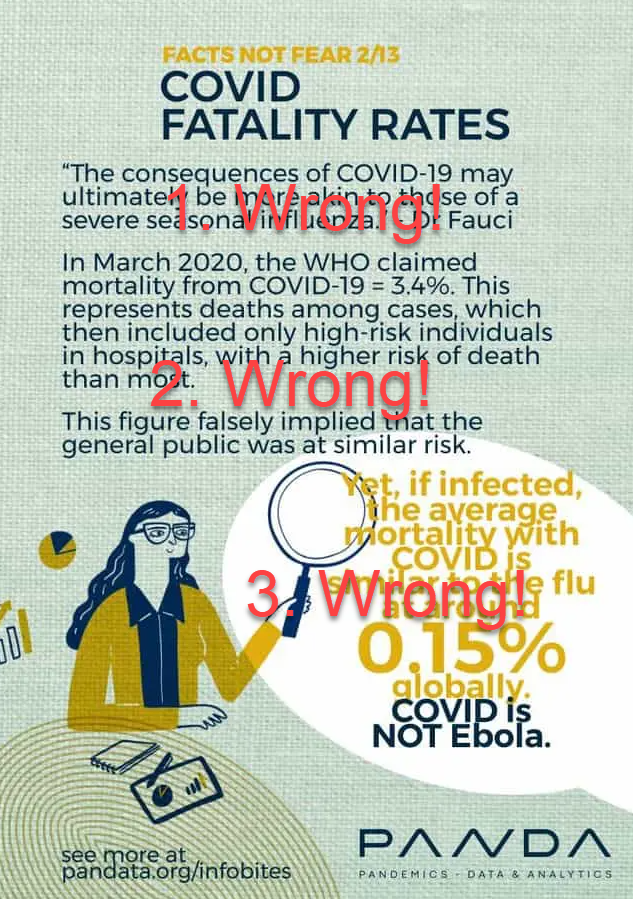 Here I address these and show how they are misrepresenting facts.  Number 2/13 addresses fatality rates.

The quote is not 100% accurate, and is taken out of context (and unreferenced).  It comes from this article (from back in March 2020).  The article heading is "Covid-19 — Navigating the Uncharted" and is about the uncertainty surrounding COVID-19 at that early stage.  The full quote is this:

If one assumes that the number of asymptomatic or minimally symptomatic cases is several times as high as the number of reported cases, the case fatality rate may be considerably less than 1%. This suggests that the overall clinical consequences of Covid-19 may ultimately be more akin to those of a severe seasonal influenza (which has a case fatality rate of approximately 0.1%) or a pandemic influenza (similar to those in 1957 and 1968) rather than a disease similar to SARS or MERS, which have had case fatality rates of 9 to 10% and 36%, respectively.

Note the "If one assumes".  At this stage much was uncertain about COVID-19 and the articles only expresses the view that it could be as mild as influenza if one assumes that there are many asymptomatic or mild cases.  And it's from March 2020, so very out of date.

So PANDA are taking this out of context and presenting it as a certain statement though it clearly was an early comment during a time of great uncertainty (and appropriately commented as such).

In March 2020, the WHO claimed mortality from COVID-19 = 3.4%. This represents deaths among cases, which then included only high-risk individuals in hospitals, with a higher risk of death than most.

They refer to a March 2020 (why with all the old articles?) speech by the WHO Director-General.

And goes on to say this:

Globally, about 3.4% of reported COVID-19 cases have died. By comparison, seasonal flu generally kills far fewer than 1% of those infected.

We cannot really compare the case fatality rate (3.4%) with the infection fatality rate of fewer than 1% but at this stage very early on data.  However the general point remains correct.  COVID-19 is more severe (see below) than influenza.

Yet, if infected, the average mortality with COVID is similar to the flu at around 0.15%, globally.

They referenced an article by Ioannidis.  This article is dated March 2021.  And was published in European Journal of Clinical Investigation.  Ioannidis is the previous editor of that journal.  Note also Ioannidis does not state that the infection fatality rate of COVID-19 is similar to flu.

It's quite difficult to come up with global infection fatality rate as deaths in many countries are underreported (including South Africa).  Similarly infections are not reported and there are limited seroprevalence studies.

Indeed Ioannidis makes some attacks on the authors of the Levin et al. piece in his paper.

A recent preprint by Levin et al. (2021) also points out that in developing countries the infection fatality rate is even higher.

So Ioannidis estimates appear to be problematic.  He has been underestimating the impact of COVID-19 since early in the pandemic (when he estimated that only 10,000 deaths may occur in the US, similar to PANDA's estimate of only 10,000 deaths in South Africa).

Several commentators have been commenting on this bias but this review provides  a good overview of Ioannidis work during the pandemic and the many problems encountered with it.

So clearly claim 3 is also wrong...

Though a single infection of COVID-19 is clearly not as severe as that of Ebola, COVID-19 has spread around the world and has resulted in many many deaths. 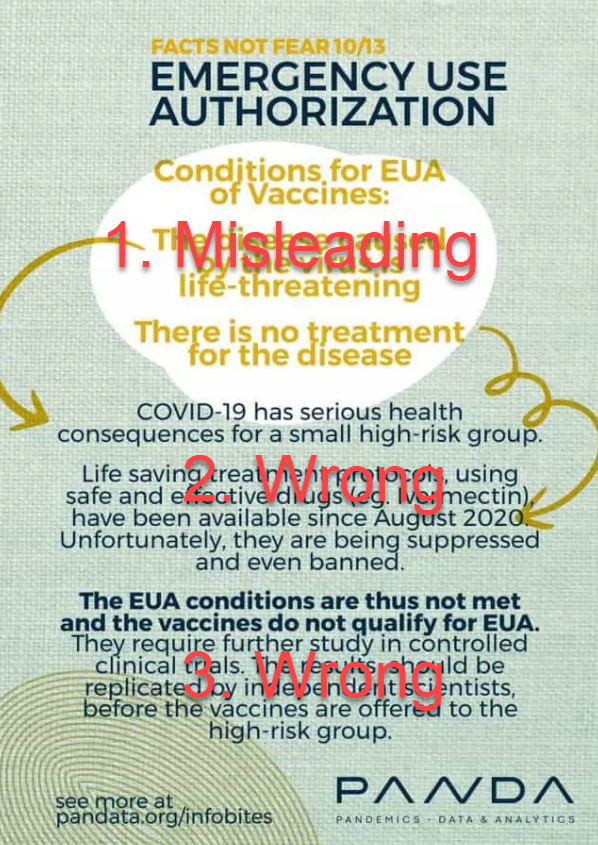 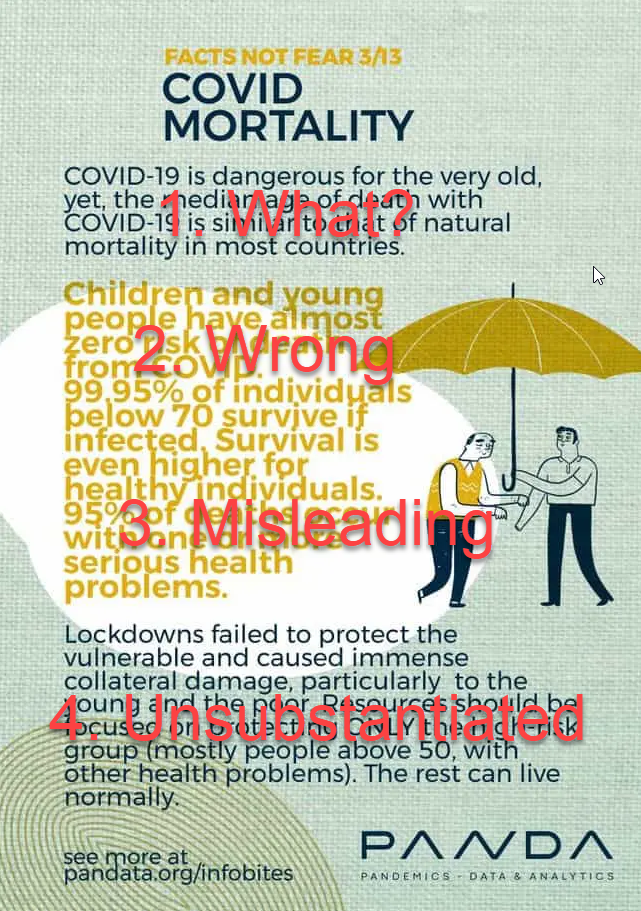